120 sqm, 2 Bedroom Unit For Rent in Antel Seaview Tower B in Pasay City

For Rent 2 Bedroom Unit with Balcony overlooking the Pasay City

Villamor Air Base, Pasay
For Rent Fully Furnished 2 Bedroom Condo Unit P 85,000/ per month About Fairway Terraces Fairway Terraces by DMCI Homes is a well-planned tower providing an excellent jump off point from southern Metro Manila. It exudes a resort type atmosphere despite being close to main arterial roads and an interchange.  The Villamor Air Base Golf Course, which is right across the street from Â Fairway Terraces indirectly contributes additional greenery for its residents.  A modern residential condominium with verdant features awaits you here at Fairway Terraces at Villamor Airbase, Pasay City. Why Fairway Terraces is a perfect choice for you? Golf course view anyone? A Fairway Terraces for sale unit would certainly entice those who would like to see this picturesque beauty on a daily basis. You do not have to be a golfer to appreciate it. Being proximate to lush greenery can simply re-energize you and relieve stress.  Fortunately, these characteristics can be found throughout the building and the rest of the development. Condominium property for rent in Villamor Air Base, Pasay, Metro Manila
₱ 85,000
2
Bedrooms
1
Bath
66 m²
Floor area
View Info
Contact Agent

Newport City, Pasay
Fully furnished One Bedroom unit in Parkside Villas Newport Pasay Parkside Villas 1 bedroom 40 sqm, Fully furnished P30,000 without parking P35,000 with parking Facing plaza Minimum 1 year lease Newport, Pasay near NAIA 3 Experience an exceptional residential lifestyle at the heart of Newport City Megaworld by Metro Manila is a residential in Newport City, one of the top cities in Pasay. Megaworld provides its residents with a lifestyle of privilege that many people can only dream of. Metro Manila is yet again breaking the boundaries of residential living by bringing comfort and affordability, ensuring residents live the life they deserve as they create more amazing memories with their families. These makes getting a unit at Megaworld worth every cent. Properties within Pasay area are quite strategically-located that's why owning  is a worthwhile investment one can make. Choosing the right location is one of the first and main factors in deciding when buying or renting a property. Megaworld is in a prime location in Pasay, Newport City, within a convenient distance from establishments like schools, churches, malls, offices and restaurants, making a Megaworld purchase perfect for those starting a family, a student or a professional looking for a place near their work and school.
₱ 30,000
1
Bedroom
1
Bath
40 m²
Floor area
View Info
Contact Agent

For Rent One Bedroom Condo at Sarasota 3, Newport City, Pasay

2 Bedroom Condominium With Balcony For Rent In Pasay

2 bedroom with balcony in Fairway Terraces, Villamor Air Base, pasay for rent

2 Bedroom Condominium With Balcony For Rent In Pasay

For Rent 4 BR Condo at The Parkside Villas Cluster A, Newport City, Pasay

Newport City, Pasay
Sales rd.,Parkside Villas, Newport City, Pasay City for RENT! 151 sqm. 4 Bedrooms 3 Toilets and Bathrooms 2 Parking Slots Unit is in tip-top shape, ready for moving in 120k Slightly negotiable Megaworld by Metro Manila is residential in Newport City, one of the top cities in Pasay. Megaworld provides its residents with a lifestyle of privilege that many people can only dream of. Metro Manila is yet again breaking the boundaries of residential living by bringing comfort and affordability, ensuring residents live the life they deserve as they create more amazing memories with their families. This makes getting a unit at Megaworld worth every cent. Properties within the Pasay area are quite strategically-located that's why owning an is a worthwhile investment one can make. Contact us now! Condominium property for rent in Newport City, Pasay, Metro Manila
₱ 120,000
4
Bedrooms
3
Baths
151 m²
Floor area
View Info
Contact Agent 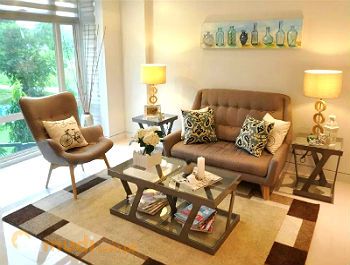 The city of Pasay has long been one of the most highly developed locales in the Philippines. Situated in the middle-southern portion of Metro Manila, the city truly began to take shape when it was established as an urban town during the American colonial period.

Despite the city taking a step back in development due to the intensive damage resulting from World War II, the city eventually continued on with its evolution. It has since become the major economic and tourist district that it is today.

As a center of commerce, business, and entertainment, many people are understandably clamoring to live here. The city is aware of its desirability, and as such, supports the development of residential areas that accommodate current and future residents’ every need and desire. You won’t have difficulty finding the perfect place to put your roots down here, whether you’re after a house for sale or a condo for rent in Pasay.

The Premier Gateway to the Philippines

Pasay City is undoubtedly one of the most comprehensive lifestyle cities in the country. From an entertainment standpoint alone, it already boasts of some of the most notable attractions in the Philippines. These include landmarks within the Cultural Center of the Philippines, such as the Manila Film Center and the Star City theme park.

In terms of retail, the city is also one of the most recognizable, being the home of commercial centers like the SM Mall of Asia (MOA) and the Newport Mall. The city is relatively simple to traverse, with different roads leading public and private vehicles in and out. It also hosts a number of LRT and MRT stations. Most importantly, the city is the location of Terminals 2, 3, and 4 of the Ninoy Aquino International Airport, the Philippines’ main international gateway. Terminal 1 is in Paranaque. 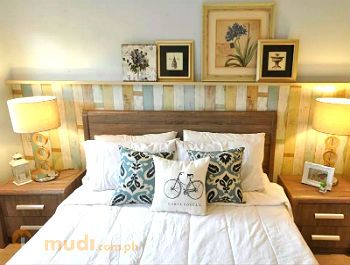 Condominiums in the city are found in a handful of well-developed areas. One of these is the Mall of Asia Complex, where SMDC built several signature, no-frills, and affordable estates. This includes Sea and Shell Residences, which is close to both the MOA Arena and the SMX Convention Center. Fully furnished two-bedroom units here with ready Internet and cable TV usually go for PHP 50,000 per month.

Another notable location for a condo for rent in Pasay is Newport City, a township project by Megaworld that is directly connected to Resorts World Manila. The developers built several projects here, including Pinecrest, The Palmtree, 150 Newport Boulevard, and Parkside Villas.

A condo unit for rent in Pasay is highly beneficial. Most of these properties are centrally located, allowing tenants to get to and from major commercial areas without enduring too much traffic. Renting also provides a level of flexibility that is commonly not available with owning a flat, making it easier to cope with changes that commonly come with living in a big city.

Find Other Properties in Pasay