Apartment For Sale in Cebu, Cebu

Condo and Apartment Building For Sale in Lahug Cebu City

Quiot Pardo, Cebu
Clean Title!!! For sale : 3,000,000 net for the seller Lot Area: 47sqm Room area: about 20sqm per room with own CR and kitchen Location: Mayupay Quiot Pardo Cebu City Condition: Brandnew # of Rooms: 4 Inclusions: with AC and double deck each room, own electric submeter as well. Parking: no parking but can rent out nearby ***Buyer will shoulder all the Taxes ***ALL ROOMS WERE OCCUPIED
₱ 3,000,000
4
Bedrooms
4
Baths
20 m²
Floor area
View Info
Contact Agent

9rooms with own CR and Faucet

For sale building apartment in Cebu

Building For Sale in Urgello, Cebu

Cebu Apartment for Sale at the Heart of Cebu City

Cebu Business Park, Cebu
Cebu apartment for sale at the heart of Cebu City Almost corner RRLandon st. and Jungquera st. Cebu City Few minutes walk from University of San Carlos and shopping malls It has 14 units with 2bedroom and 1 cr each Area: 400 sqm clean title Price: 48,000,000.00  For inquiries, please contact me and subscribe also my YouTube channel. Cebu is a province of the Philippines, in the country’s Central Visayas region, comprising Cebu Island and more than 150 smaller surrounding islands and islets. Its prosperous port capital, Cebu City, retains landmarks from its 16th-century Spanish colonial past, including the Basilica Minore del Santo Niño church and triangular Fort San Pedro. Tops, an observation deck on Mt. Busay, has sweeping views over the city. Cebu City, officially the City of Cebu (Cebuano: Dakbayan sa Sugbo; Tagalog: Lungsod ng Cebu), is a 1st class highly urbanized city in the Central Visayas region of the Philippines. According to the 2020 census, it has a population of 964,169 people,  making it the sixth-most populated city in the nation and the most populous in the Visayas. It is the regional center and primate city of Central Visayas and seat of government of the province of Cebu, but governed independently. The city and its metropolitan area exerts influence on commerce, trade, industry, education, culture, tourism & healthcare beyond the region, over the entire Visayas and partly over Mindanao. It is the Philippines' main domestic shipping port and is home to about 80% of the country's domestic shipping companies. Cebu is bounded on the north by the town of Balamban and the city of Danao, on the west by the city of Toledo, on the east by the cities of Lapu-Lapu and Mandaue and the towns of Liloan, Consolacion and Compostela and on the south by the city of Talisay. Located at the center of the eastern seaboard of Cebu Island, it is the core city of Metro Cebu, the second largest metropolitan area in the Philippines by population & economy, which includes the cities of Carcar, Danao, Lapu-Lapu, Mandaue, Naga and Talisay and the municipalities (towns) of Compostela, Consolacion, Cordova, Liloan, Minglanilla and San Fernando. Metro Cebu had a total population of 2,849,213 as of 2015, making it the second-most populous metropolitan area of the nation, after Metro Manila in Luzon.
₱ 48,000,000
28
Bedrooms
14
Baths
300 m²
Floor area
View Info
Contact Agent

Brand New 4-Door Apartment in AS Fortuna - Good for Investment

The Gateway to a Thousand Journeys 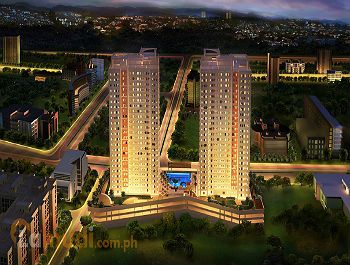 Similar to the major cities of Metro Manila and other highly urbanized areas, the city of Cebu is characterized by many high-rise buildings and an overwhelming shopping culture. It is considered the “second city” of the Philippines and is the center of business and education in the Visayas region. It has its own international airport as well as a local and international seaport. As evidenced by these desirable features, you can’t go wrong with buying property here, whether it’s a house and lot or an apartment for sale in Cebu.

What makes this city unique from the national capital is that it is not only a concrete cosmopolis. It is also one of the few places in the world that offers a world-class diving experience. The Coral Island is known to offer some of the best diving, snorkeling, island hopping, jet skiing, and sailing experiences in the Philippines and in Southeast Asia.

A Lifestyle City in the Visayas Region

Cebu City is undoubtedly the most comprehensive Lifestyle City in the Visayas group of islands. It is the center of Metro Cebu, which is the second-largest urban region after Metro Manila. The city has everything one would essentially need and expect from a highly developed area, including but not limited to premier educational centers and world-class health facilities.

From a cultural standpoint, the city is one of the oldest in the Philippines. It was already a prosperous village and trading port prior to the Spanish colonization. In spite of the continuous urbanization of the city, its history is not forgotten. It continues to preserve and proudly promote its cultural landmarks and traditions. These include sites like Magellan’s Cross and celebrations like the Sinulog Festival. 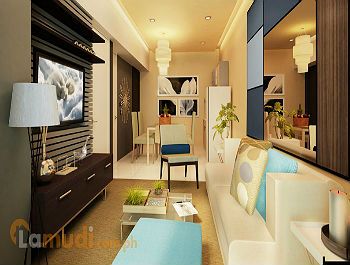 Apartment for Sale: Cebu City Is Your Southern Home

An apartment for sale in Cebu is one of the most diverse properties around. Those built within a high rise are often centrally located, making it easy to reach Cebu’s main districts. They also usually come with 24-hour security and are easy to maintain. Properties such as duplexes or rowhouses, on the other hand, provide a space similar to a traditional house and lot but are significantly more affordable.

Find Other Properties in Cebu